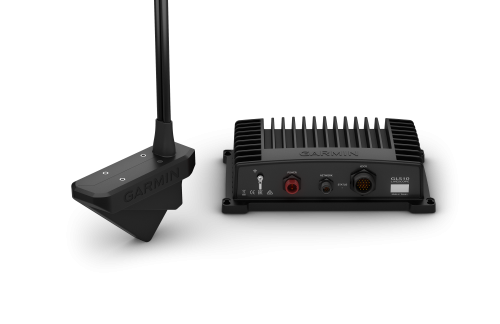 We recently received a question from a reader who wrote, “I read your Hotwire Column in the June issue of Northwest Yachting Magazine and it made me wonder if boaters should have more than one type of transducer onboard?”

In short, it is worth considering, here’s why. Situational awareness on a boat is key, and the three most important pieces of navigational equipment you should have onboard are a compass, a GPS and a depth sounder.  Often referred to as “take me home” navigation tools, in this modern world of navigation.  In the June Hotwire column, I reviewed several different installation options such as thru-hull, in-hull or transom mount along with a number of different types of transducers including CHIRP.

A CHIRP fishfinder paired with a specific CHIRP transducer provides the ability to not only look down but also to the sides of your boat.   Many newer multifunction displays require multiple transducers to provide complete or multiple views of the bottom.  Instead of pinging at a single frequency, CHIRP transmits a range of frequencies.  Because of the deep water in the Pacific Northwest, we recommend a transducer that is at least 300 watts but 600 watts in power is even better.

Redundancy is Key.  The first, and perhaps most important, reason to have two transducers is redundancy.  Navigation electronics rarely fail at the dock or near a marine store, so it pays to be prepared especially if you boat away from a service area.   Many boaters already have a fishfinder installed aboard that provides depth and a profile of the bottom. You might want to consider installing a simpler "depth only" transducer that can be directly connected to an instrument or chartplotter. That being said, if you are running two transducers you will need to make sure that they don’t operate at the same frequency  to avoid any interference or cross-talk between transducers.

When installing a second backup transducer, we often recommend installing a dedicated standalone display like the Furuno RD33 or the Garmin GMI20. This way, not only do you have transducer redundancy you also get display redundancy. To make integration easy, we recommend choosing a NMEA 2000 smart transducer, like the Airmar DT800. The transducer frequency is 233 KHz which doesn’t interfere with the popular 50/200 KHz transducers that are commonly installed on boats.

The advantage of an NMEA 2000 transducer is that not only is your RD33 or GMI 20 instrument receiving and displaying the depth, but any other NMEA 2000 connected devices will also be getting this “back-up” depth data.

Where to Install the Transducer.  In terms of mounting locations, we will sometimes mount the backup transducer further forward on the vessel as it provides depth in a different location under the vessel. As we all know, depth beneath our boats are unfortunately not always level and it’s sometimes useful to know the depth at the fore and aft of the vessel.

Now, a little more about Chirp transducers and their benefits.  Not only are you getting the depth below your boat but CHIRP fishfinders allow for unprecedented sounder image resolution and target definition. It is like switching from analog to HD.  The picture on the screen looks like an ultrasound image and reveals life-like views of vegetation, rocks, sand, fish, and even outcroppings that do not appear on traditional charts.

Products like the Humminbird 360 imaging sonar allows fishers to see fish and bait swimming, in real time all around or under your boat even when the boat is not moving.  You can even see fish react to your lure and see the strike.  B&G ForwardScan reveals the area in front of your boat, creating a forward-looking 3D view of the bottom, structure and fish.  Garmin Panoptix Frontvü gives you time to avoid collision with submerged obstacles within a 300 foot range, offering boaters the ability to navigate in unfamiliar waters with confidence.

Southern Resident Killer Whales and Echolocation.  Most recently, American and Canadian governments have been working together to protect the depleting number of Southern Resident Killer Whales (SRKW).  These whales use echolocation to locate and hunt for prey and electronic or sonar noise at the 50 kHz frequency can seriously interfere with their communication.  Sounders that use a 200 kHz frequency do not overlap with SRKW hearing and tend to be used, by boaters, in shallower waters to ensure safe navigation.

Modern sounders come with both settings and all boaters are encouraged to accept best practices and turn off transducers at the 50 kHz setting or switch to the harmless 200 kHz frequency when in the presence of SRKWs.