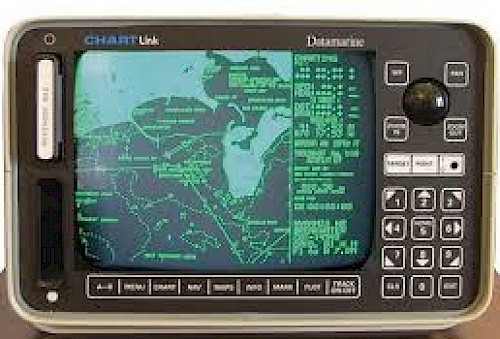 Marine electronics have come a long way from celestial navigation with an astrolabe or sextant.  This month we are going to look at the history of electronic navigation. In 1830, the United States, collected charts and instruments from the Navy and mariners to establish the “Depot of Charts and Instruments” and the first paper chart was produced in 1834.  This gave birth to the US Naval Observatory and Hydrographical Office which became an international system of exchanging nautical information. In 1868, the Canadian government established the Department of Marine and Fisheries and then, in 1883 established the Georgian Bay Survey which later became the Canadian Hydrographic Service (CHS).

The Gyroscopic Compass. The first advancement in technology was the introduction of the gyroscopic compass in 1907.  Unlike a magnetic compass, this gyro was not affected by the Earth’s or vessel’s magnetic field and always pointed to true north.  This was followed by the first radio detection and ranging (RADAR) system in 1935.  Radar used radio waves to identify objects that were out of the range of vision.

The first North American electronic navigation system, referred to as Long Range Navigation (Loran), was developed in the early 1940’s.  It used pulsed radio transmissions to determine a vessel’s position.  It was measured in hundreds of meters but had limited coverage. This was replaced many years later by the Global Position System (GPS), based on the Doppler effect, with the signals coming from satellites.

The National Marine Electronic Association (NMEA) was established in 1957 to coordinate the efforts of marine electronics manufacturers, boat builders and technicians to set standards for the exchange of digital data.  The goal was to help developers configure and integrate navigation systems using equipment from different manufacturers.

NOS and NOAA. In 1960 the military systems required more elaborate, global system for collecting datum and they established the World Geodetic System (WGS).  Computers and software provided an increased ability to combine and analyze this data and, as a result, the US switched to NAD 83 (navigational equivalent of WGS) for all mapping and charting.  Today, all new National Ocean Service (NOS) and National Oceanic and Atmospheric Administration (NOAA) charts are based on this standard and you should refer to your chart’s title block to determine the date of the chart and the datum used.

Electronic Charts.With the introduction of electronic chart systems (ECS) and electronic chart display and information systems (ECDIS) came the question, “what constitutes a chart?”  Under the guidelines, only an ECDIS qualifies and, up until recently in the US, required that boaters also carry paper charts.  In 1995, numerous agencies came together to develop standards for the functionality of an ECDIS in order for it to replace paper charts.  The list included the use of standardized symbols, colours, letters, route planning, alarms, a separate power supply and the ability to automatically update.  In April, 2014, the US government stopped offering charts for sale in paper form.  The Canadian Hydrographic Service  still prints paper charts but sales have been declining.  This sparked a conversation as to whether boaters still need their paper charts on board?  The general consensus was that, even though these charts are out of date, they provide good backup in an emergency and they are a useful tool to plan a trip.  You get the big picture on your galley table with the entire crew adding in their two cents' worth.

In the US, if a vessel is equipped with an ECDIS with backup and its own power supply and the boat is less than 100 tons and the owner has adequate local knowledge, then paper charts are not required by law.  In Canada, pursuant to the Canada Shipping Act, "All vessels in Canadian waters must carry and use nautical charts and related publications".  CHS ENCs meet the requirements provided they are used with ECDIS.  CHS raster charts meet the requirements but only if paper charts are carried and used as a backup.

It was reported that the first chartplotter to sell in the US was the Datamarine ChartLink in 1985.  This system used vector charts developed by Navionics founders, Giuseppe Carnevali and Fosco Bianchetti.  Initially this standard only included vector data but because of the labour hours required to produce vector charts, raster charts were soon approved for use. When choosing a navigation system or app, it is important to understand the difference between raster and vector charts.  Most multifunction displays have charts available in either format but apps, usually, use only one.  A raster chart is, basically, a photocopy of a paper chart.  What you see if what you get. The font is fixed so when you zoom in, the letters become larger and when you zoom out, the letters become smaller.  The charts require significantly more storage however if you are familiar with paper charts, there is little to no learning curve.

Vector vs. Rastor. Vector charts are a digital copy of a raster chart and allow you to access additional information as you zoom in. You can view details about marinas and even access social media.  The downside is that specific details, such as buoy data, do not always appear unless you select the icon.  Vector charts allow you to customize your view and tailor the chart to your specific requirements. Vector charts provide the ability to add or remove information on the chart depending on the boater's preference. For instance, an angler may want lots of contour lines for fishing but a sailor may want to remove some of those soundings.

Raster charts are created from years and years of hydrographic surveys, control data and scientific process but they are not updated on a real-time basis.  Vector charts use a conversion process to take the information from the raster chart and digitize it, but the conversion from paper to raster may introduce errors.  If two different companies, both creating their own vector charts, have it in the same position then the information is probably right.  It’s really a personal choice but be aware of the differences before you make a purchase.

Introduction of the Chartplotter. In the early 2000’s, most manufacturers had developed an ECDIS or chartplotter.  The technology ramped up quickly and soon these devices became all-in-one, multi-function displays that included GPS, radar, depth sounders, AIS info, Wi-Fi, and even Bluetooth.  Using NMEA standards of interoperability, these MFD’s soon began to communicate with each other in an Integrated Bridge System (IBS).  Systems that were once only available to commercial and high-end yachts were now available to recreational boaters.

At the same time, several companies started providing their own electronic charts, including Navionics, Garmin Bluecharts, C-Map, and Euronav.  This added a whole new level of information sharing as manufacturers allowed individual boaters to provide datum.  Software from Navionics and Garmin encourages boaters to submit sonar logs, for uncharted areas, to be incorporated into the software daily and shared "real time" with the entire boating community.  This allows boaters to really push the boundaries of navigable waters and take advantage of "local knowledge".

Most boaters we surveyed told us that they still use paper charts on occasion.  Many also said that if they lost all electrical power and the GPS at the same time, they were probably in more trouble than a paper chart could solve.  But they all agreed that nothing replaces common sense.  As boaters, we have to pay attention, remain aware of our surroundings and not allow the technology to give us a false sense of security.

If you are interested in detailed information, we highly recommend the book, “The American Practical Navigator”, by Nathaniel Bowditch and updated by the US Government.