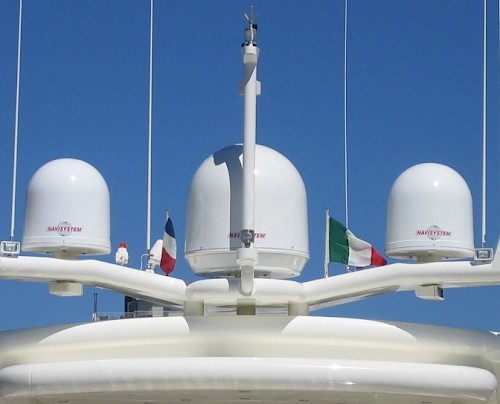 How to get the best satellite coverage while cruising our high-latitude West Coast waters.

While some boaters prefer the quiet, technology-free aspects of being out on the water, many enjoy watching television or listening to the radio while out on their boats, not to mention all the safety benefits that communication technology can provide. There are many ways to send or receive this information, and many of these communication systems use satellites.

Satellites orbit the earth from thousands of kilometres into space, cover almost the whole planet, and provide everything from weather forecasts and distress alerts, to television and radio service. Many boats travelling offshore carry an EPIRB satellite distress beacon and satellite phones are popular regardless of whether you’re on the water or going on a remote backpacking trip. But for systems that are frequently relied upon to be operational and provide service in remote parts of the globe, it’s important to know what can interfere with them and cause problems. Many boaters are curious about how reliable satellite coverage is on the West Coast and if there are places even satellites cannot reach.

Satellite technology can help boaters in many ways, be it for safety (through the EPIRB and Personal Locator Beacon systems), for navigation, or even for entertainment. One of the most widespread uses of satellites is for navigation using GPS (Global Positioning System) satellites. Every day, thousands of boats, vehicles, and aircraft rely on GPS technology to tell them their precise location. The name GPS says it all; it is a truly global network, with very few locations that lack coverage.

You may be familiar with losing a car’s location in “urban canyons” created by buildings and skyscrapers, but out on the water, you can usually get a GPS lock anywhere. This is because there are more than 25 GPS satellites, with sometimes nine or 10 in view at once. Even remote areas, like the depths of Princess Louisa Inlet, have GPS coverage. This gives you the freedom to con dently take your travels anywhere.

Satellite entertainment services are a different story, and we often hear about boaters having dif culties with their satellite television feeds. These issues include spotty coverage, depending on their location, or having to face the boat a certain direction to receive a signal. The root of this problem is that entertainment satellites are not as widespread as GPS satellites. For example, around the Pacific Northwest, there are only two visible satellites for television, phone, and internet, compared to a possible 16 GPS satellites. Let’s take a look at how we can improve satellite television, phone, and data connections.

Let’s look at an example problem. Once in a while, a boat is designed, built, and has a happy life in Florida before being shipped out to the Paci c Northwest. On arrival, a once problem-free satellite phone connection suddenly becomes unreliable. What’s going on?

The Pacific Northwest is special. There’s gorgeous scenery, ne summer weather, and fabulous anchorages. Unfortunately, the folks who designed the satellite systems did not do so with 49° north latitude in mind. The few satellites which supply entertainment signals to North America are located much further south, where the majority of their customers are located. This means to see a satellite, you have to look low on the horizon to the south, instead of looking directly overhead. Satellites use a visual connection, which means that for your atellite-connected devices to work properly, there must be a line of sight from the antenna to the satellite in the sky to the south.

Problems occur when something is blocking the satellite antenna dome from seeing the southern sky. Issues with reception related to the boat’s orientation often arise from an improperly placed antenna, rather than where the boat drops the hook.

So what’s the problem with the once-happy boat from Florida? For our unfortunate friends, aesthetic arches or other antennas may be blocking the signal. What works aesthetically and doesn’t interfere with function in the southern latitudes can often interfere with the proper functioning of the satellite dish in northern latitudes where the satellites are no longer directly overhead. The antenna can have trouble seeing the satellite over and around the obstacles surrounding it, so it might be necessary to nd another spot for the antenna.

Skyscrapers, boat houses, and mountains are much more of a problem in northern latitudes and can all block satellite signals. Coal Harbour in Vancouver has a gorgeous view to the north, but looking south into the city there are several blocks of skyscrapers.

Many Coal Harbour boaters have difficulties with their satellite television signals due to the presence of these tall obstacles to the south. A final effect to consider with satellite reception is that the signals are weaker. This is again due to the satellites being lower in the sky. Many people enjoy watching the sun and sky turn red at sunset as the sun lowers in the sky. The red colour of a sunset is because the light is no longer travelling straight hrough the atmosphere from directly overhead. Instead, it is slowly cutting along the atmosphere at an angle, and travelling much further through more material. The extra distance affects the light, and the same is true for satellite signals. If satellites are lower in the sky, there is more atmosphere, clouds, and rain for the signals to travel through. This makes satellite signals weaker, and also means that Pacific Northwest satellite signals are more strongly affected by rain and snow issues. A satellite dish which had no problems in other areas may perform poorly during storms in the north. A stronger antenna a larger dish size is often required for clear reception.

Coverage on the B.C. Coast

Which destinations have problem-free satellite coverage? For GPS satellites, the short answer is that as long as you’re not underground or under trees, your GPS device will be able to tell you where you are. For entertainment satellites, results are spottier. We’ve found plenty of coverage throughout the Gulf Islands or the Broughtons; even Desolation Sound has some entertainment satellite coverage in the northern anchorages. Areas along the south of Desolation Sound suffer from blackout spots, as the cliffs are too tall and block the view of the satellite. A prime example of an area without satellite coverage is Princess Louisa Inlet.

Satellite systems are extensive and are used for many daily activities for fun or safety. While you’re enjoying the benefits, remember that above us, there are hundreds of satellites orbiting the earth to deliver the information. Take a moment to appreciate the hard work and numerous space missions that went into developing them. Then, if your current location allows it, switch on your radio and listen to your favourite station in crystal clear satellite reception, just like you would at home. 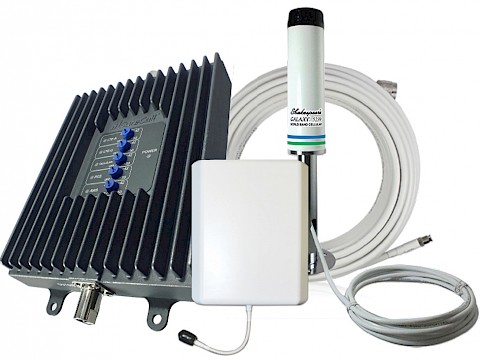 Staying Connected On Your Boat 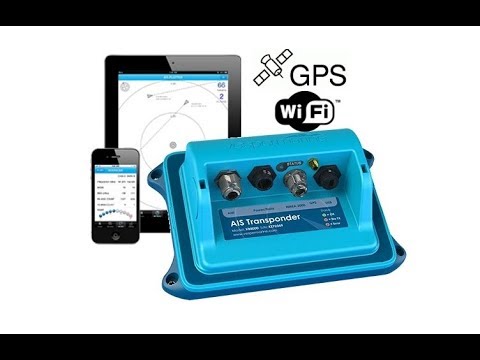 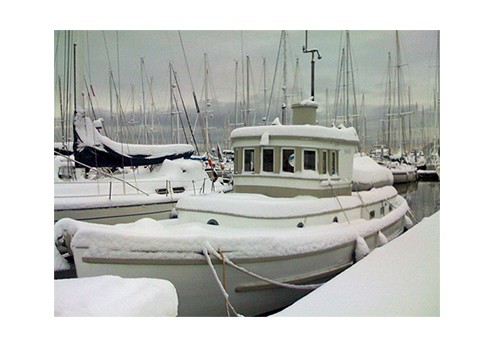