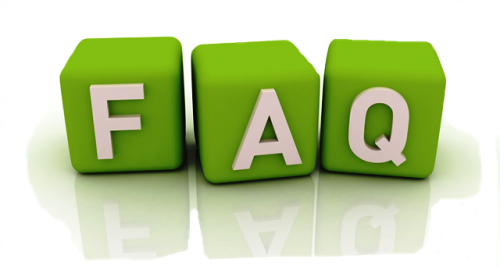 We have a 1997 Beneteau Oceanis 321 with a 400-amp AGM house bank and a separate lead acid starting battery, with an original Hitachi 55-amp alternator. Is a Balmar 100-amp alternator with an external regulator (programmable) a suitable replacement? I understand I will have to change the starting battery to an AGM. What would you recommend for size (Yanmar 3GM30F)? Note that there is no shore power, generator or solar.

Answer  For many sail boaters and power boaters a high output alternator with external regulator is a worthy addition to their electrical system. Properly choosing an alternator can more than double the DC recharging capacity of your engine.

There are a few variables in determining a suitable alternator:

- What is the maximum size alternator limitations from your engine manufacturer

- The belt type: V-belt or serpentine

- Physical constraints around the alternator

From experience, assuming your engine is driven by a V-belt, I would suggest getting a 90- to 100-amp alternator. Remember the alternator is cold-rated. This means that you can expect the alternator to provide maximum capacity for about half an hour. After a half hour of running, your alternator output will be de-rated by 10 to 15 percent.

Considering your battery type, make sure to commission your regulator to AGM mode.

I have a Standard Horizon CP2000 chartplotter on the command bridge and my Furuno Radar at the main helm station. I generally prefer to pilot from the command bridge. What is needed to have the radar image overlaid onto the plotter screen?

A  Radar overlay is only possible for devices from the same manufacturer. Even within a manufacturer the chartplotter (i.e. multi-function display) must also be compatible with the radar. Unfortunately your Standard Horizon chartplotter and Furuno radar will not function together to provide radar overlay unto your charts.

We currently have a Coleman 2,000-watt inverter that requires rewiring. However, does it need to be replaced if we would like to use it for small appliances and an entertainment system? What brands and models would you recommend? Is there a better installation than limiting the inverter to receptacles only? Finally, would it be beneficial to install a smart alternator combiner since the present charging system is not charging all three battery banks equally?

A  Your Coleman 2,000-watt inverter is sub-par for the following reasons: it is not a true sine wave, but a modified sine wave inverter. Modified sine wave inverters are inefficient and many AC appliances have a hard time running on them. Most critically, marine inverters do not tie the neutral and ground together unless they are inverting, while your Coleman always has the neutral and ground tied together. We recommend the Magnum MS2012. We have installed hundreds and they are great. With a good inverter, you can include all appliances that you want (albeit less than 2,000 watts) and an entertainment system.

I procured a used Trace four kilowatt inverter identical to what is in my boat and have wired it in as charger only. This has bumped my charge current from 115 to 205 amps max, when at bulk rate. As they do not communicate with each other, one will always come off the bulk rate first, if I wish to put it back on bulk I have to shut it down and restart it, which is a simple matter. I only use this second charger when we are on the generator set, any other time I can use long term shore power to bring the batteries back up. I have read that another way to keep two independent chargers going at max bulk rate is to put them at each end of the batteries.

A  It is probably a good idea to run both chargers on AC shore as well, as having the right rate of charge for depleted batteries helps their longevity. Achievable target charge rates are 10 to 20 percent for flooded and 10 to 30 percent for AGM. Considering the bulk rate, from experience, batteries will stop their bulk rate between 80 percent to 85 percent state of charge and earlier for older sulphated batteries. Once this level is reached, one charger or both chargers will slow down and go in absorption rate. Resetting a charger forces the unit to go in bulk mode regardless of the state of the battery. I am not sure that is advisable or necessary.