Don bought a 21-foot Sea Ray, two years ago. After his first year on the water with this boat, Don decided it should be equipped with a GPS; on the recommendation of the boat’s supplier, he contacted Pacific Yacht Systems.

PYS came out to the marina where Don’s boat was moored and installed the latest Garmin chartplotter (GPSMAP 440). After discussing the boat’s electrical system with PYS, Don agreed that a secondary battery and automatic battery combiner would be a useful addition in terms of reliability and safety.

"After PYS installed a backup battery and a GPS system that I can trust," says Don, " I feel more comfortable when I’m out on the water. PYS is great."

Don notes that he met Jeff out on the water the summer after the work was done on his boat. He was pleased that Jeff not only recognized him but mentioned the specific equipment he had installed and made sure Don was satisfied with it. 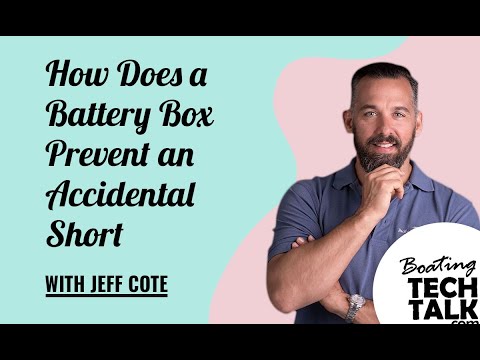 How Does a Battery Box Prevent an Accidental Short?

Ask PYS - I Am Adding a Second Battery, Should I Use a Battery Combiner or a Battery Isolator?

Ask PYS - Can I Charge an AGM Battery and a Firefly Carbon Foam AGM Battery With the Same Charger?

Ask PYS - Can You Explain Battery Capacity and Battery Voltage?